Here Is my presentation about measurement. I hope you learn and enjoy. Thank You.
Posted by Yanquasia at 10:10 1 comment:

Here is a presentation of what I did on camp. I hope you enjoy it !!! Please Leave a comment!!
Posted by Yanquasia at 09:47 2 comments:


Here is my movie made with Rave to share things about Omaru Creek. I hope you enjoy and leave a kindful comment. Thank You.
Posted by Yanquasia at 09:13 No comments: 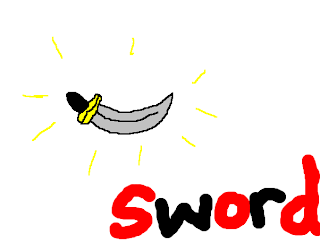 
Then she heard it again and again and again. Then she got so creep out that she touched it. Then after a couple of seconds she became a Pirate. But not a ugly one or a stinky one she was a pretty Little Pirate Princess. But she didn't know that she was a pirate. Then she started walking back home back on the path. As she was walking home she started to talk to herself by saying  “ Why did I touch the box nothing changed”.


But then she heard her voice becoming deep and creepy.  As she was walking she saw a stone shining on her.She saw her reflection. She said “ The box I touched made a big transformation.

Then she got home and saw that her house was a pirate
boat and her mum was the meanest pirate ever on the boat. She saw that all her cousin from America all became sleeves she couldn't believe her eyes.

Her cousins came to her and started to be mean like any old pirate but one of them knew who she was and said the only way for yourself to come inside was for her to change everything back to normal or become a sleeve just like one of us.


The she went into her bag and saw that she had a sword inside. Then she took out and went to her mum and said leave my cousin’s alone.

Then she went to her mum and tried to make her stop but her mum just gave her a little cut on her T-Shirt. Then the little Pirate Princess went to the forest and started to cry and cry. Then she saw the box again that she touched and started to touch it again and again and again. But just like usually nothing happened.

She got so angry She got her sword and sliced the box in half. The she went home and saw her house wasn’t a pirate boat any more and her cousin were not there any more. She could see everything is back to what it was. The she lived happily ever after with her mum.
Posted by Yanquasia at 09:44 No comments:

In the last 2 days me and my literacy group went over to Omaru Creek to test it out. We tested the colour the smell and turbidity. We tested all around Omaru Creek. We went to the bridge, Culvert by Elstree Ave, and also the Lake and the Dam.


When we went there some of us took Buckets,Jar,Paper and also digital devices like ipads to take photos and videos. It was heaps of fun and we learn a lot about Omaru Creek. Once when we went on the bridge at Omaru Creek next to the Dam we saw creators like Catfish and heaps of Tadpoles.

We also learn that the bridge water was quite the dirtiest water in Omaru creek. And the lake water was sea water was the cleanest. Then tested it turbidity and saw if it was quite clear. 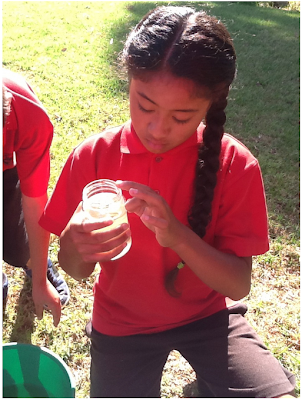 Posted by Yanquasia at 12:35 No comments:

Posted by Yanquasia at 10:58 No comments: