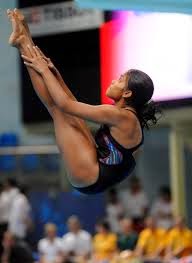 As the diver balanced she stood steady with focus as she was about to begin.


As the crowd started cheering the divers confidence started to build up, as she balanced with focus in her mind.


Before the diver balanced, with perfect control as she stood up tall and proud she was waiting to do her best clean entry.


As the diver was walking to the platform the crowd was going wild as she  balanced herself, as the time has finally come.


As the diver was walking to the platform the crowd was going wild. She  balanced herself, as the time finally came for her to begin. She controlled herself to jump and as she was up in the air she started with somersaults then changed it to some twist and turns. In a quarter of a fraction she started coming down. Perfectly positioned herself to finish it off with a clean entry.


2. What is the Commonwealth Games Motto?
Saint Andrew is the patron saint of Scotland, Greece and Russia and was Christ's first disciple. St. Andrew was one of the Twelve Apostles (disciples of Jesus) and brother of Simon Peter (Saint Peter). He was a fisherman by trade, who lived in Galilee (in present-day Israel.)


4. Who are the famous Scots?
Robert The Bruce
Robert Burns
William Wallace


Robert was well known as the most famous warriors of his generation, eventually taking the leadership of Scotland during the Wars of Scottish Independence against England. He fought successfully during his reign to regain Scotland’s place as an independent nation, and from this day on is still remembered in Scotland as a national hero.


He is hugely regarded as the national poet of Scotland and is celebrated worldwide. He is well known as the best of the poets who have who have written in the Scots language, although much of his writing is also in english.


William Wallace
Sir William Wallace was born on 1270 23 August. Did you know that Sir William Wallce defeated a English army at the Battle of string Bridge in September 1297. He was a  appointed Guardian of Scotland serving until his defeat at the BAttle of Falkirkin July 1298 in August 1305.

Posted by Yanquasia at 10:21 No comments: 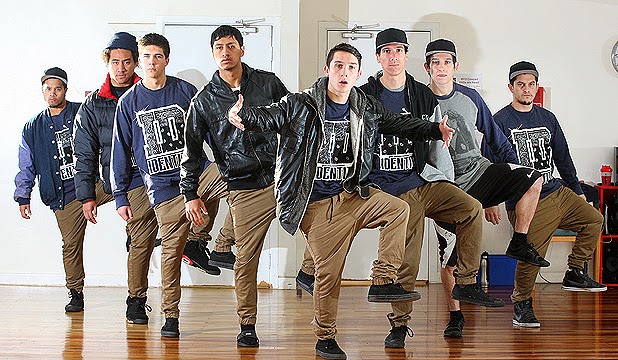 In the holidays I had an amazing adventure going different places meeting a dance crew and also going rock climbing for the very first time. I had these adventures at the Auckland Dunkirk Holiday Program.

Our first trip was going to meet Identity Dance Crew. Once we got there we were put into age groups and put in to certain rooms to learn some hip hop dance moves.

It was amazing learning moves from especially from an amazing dance crew. Our next trip was to Climb Zone Rock Climbing. We got instructed by on of the Staff their. Then we were told that we had to be stripped on to our harnesses then of we went climbing.

I manged to complete about 6 touching the top well some I made it half way and well the left overs I didn't have enough time to go on all of it. On one I got stuck all the way up top. I was scared of heights that's why. It looked easy but it was really hard. I had doubts in my mind.

But I finally came down. Then After we had lunch and off went back to the centre then after we went home.

Posted by Yanquasia at 09:32 No comments:

Posted by Yanquasia at 09:30 No comments:

This is a link to one of our Pt England Student's project of Gigatown. Vote For Pt England and vote for Tamaki. Gigatown Porject
Posted by Yanquasia at 12:41 No comments:

I hope you enjoy.
Posted by Yanquasia at 10:54 No comments:

I hope you enjoy!
Posted by Yanquasia at 10:08 No comments: